Good tools don't have to be expensive (see footnote). Home-improvement stores often have sets of cheap tools near the cash registers (in the "impulse buy" section). You can outfit yourself with a reasonable tool kit for $50 (you could do worse). You'll want to get screwdrivers, large and small, with a wide variety of bits, such as slotted, phillips, torx, hex, square, nut drivers, etc. Also, get some pliers, wire cutters, and wrenches. 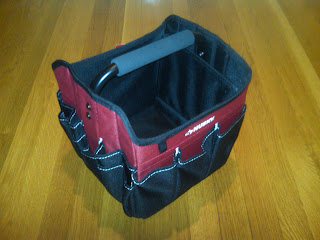 Start with a tool box or tool bag to carry everything. This one was $10. 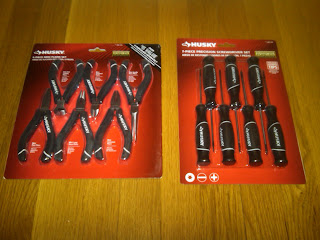 Six-piece set of small pliers and wire cutters ($10) and a seven-piece mini-screwdriver set ($3). 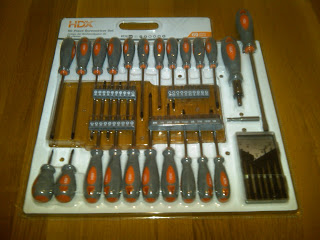 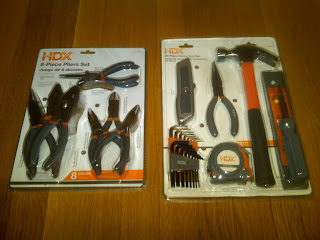 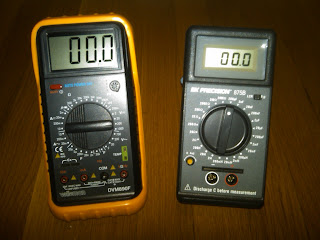 Handheld meter with voltage, amperage, resistance, capacitance, frequency, temperature, and transistor hFE ($40) and a better LCR meter ($200). A voltmeter should be considered a required accessory (you can spend from $5 to $500, but there is some reasonably good stuff around $50). An LCR meter is optional (useful, but potentially pricey). 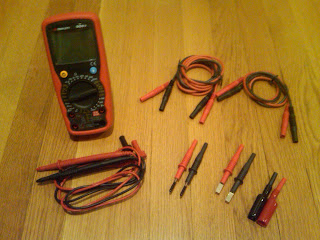 This handheld meter was on sale for $41 and came with a selection of cables and probe tips. 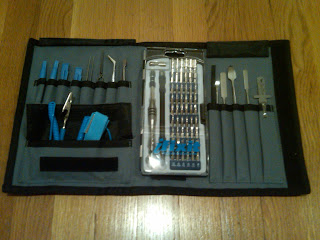 The "Pro Tech Toolkit" from iFixit is a little spendy ($60), but it includes a nice selection of odd and strange screwdriver bits, tweezers, metal prying tools, plastic prying tools, and other tools for poking, prodding, opening, measuring, and grabbing stuff. 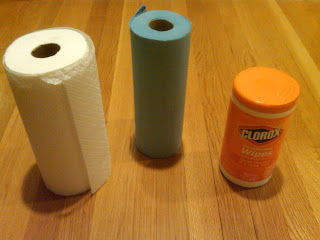 Paper towels, shop towels, and disinfecting wipes. Seriously. If you're going to be dumpster diving, thrift-store shopping, and then doing a lot of gear autopsies, eventually you're going to want some. Several years ago, I taught a course at Olin College on Instrumentation. A friend of mine gave a guest lecture on reverse engineering the sensors and actuators in inkjet printers (she had previously worked for a company that designed custom chipsets for all-in-one printer-scanner-fax machines, and she had to document the behavior of the print engines). After the lecture, teams of students disassembled a half-dozen inkjet printers that I had collected from yard sales, thrift stores, and transfer stations. The students were supposed to find all of the motors, sensors, and other key components inside the printers. One team of students found a dead mouse.


Footnote: There is an argument to be made for buying high-quality tools, but I'm not the person to make it. Unfortunately, my history is that I lose tools before I break them, so the investment isn't worth it to me. (This effect is mostly due to bad habits, such as not putting all my tools away when I'm done with them, but I am trying to get better.) I do have nice laboratory equipment that generally stays put, such as oscilloscopes, waveform generators, signal analyzers, soldering irons, and a vacuum desoldering station.
Posted by Doctor Analog at 8:00 AM

Newer Post Older Post Home
Subscribe to: Post Comments (Atom)
This blog is the course website for EE Proto, course ENGR 3430 at Olin College of Engineering, Fall 2015. The goal of this course is to provide practical design experience in prototyping electronic hardware.